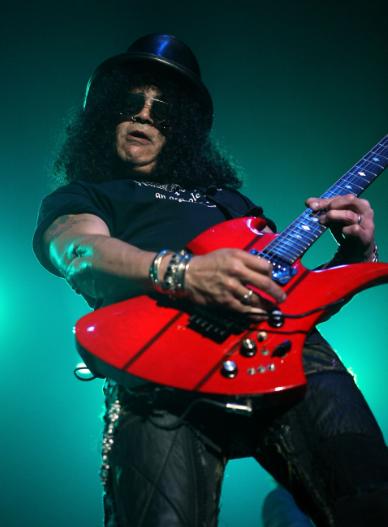 I can practically hear your anguished cries.

“There certainly haven’t been approximately 417.803 of those published since last Friday”

But sit down and strap in. This one’s a doozy.

Before we start, let me add that you don’t have to love these albums as much as I do, but trust me, arrogant as this sounds, you’re going to want to check them out.

To that you’re obviously crying out “You don’t know me!”

It doesn’t matter. Don’t have to.

These albums changed my life, so without further ado, lets get started. Are you sitting comfortably?

Let’s start as we mean to go on.

Presented here is one of the first songs I ever remember ‘freaking out’ to. To clarify, I mean that amazing, goosebumps inducing effect that music can have on you.

The ‘whoa’ moment, if you will.

That song is the immortal Natural Woman from this seminal album. It’s also a family favourite. Maybe we’ll never know if it was written for one James Taylor (who might make an appearance later on) but frankly, who cares. This is a beautiful record.

Blimey. A Rap album as early as this?

I’m no Eminem ‘fan’, but this one is special. There’s a swagger to this album that never fails to make me feel a thousand feet tall. Slim Shady exploded onto the scene with classic after satirical classic. Lose Yourself is outstanding, as is the insanity and genuine comedy of My Name Is. I think we all know what his name is now. Mic drop.

This one is by far the youngest album on our list. But if I had to describe the debut for Kaleo, an imposing bunch of vikings (er, Icelanders) led by the incredibly talented Jökull Júlíusson (ridiculous name alert) in a few words, ‘ass kicking masterpiece’ comes to mind.

The band have gone from strength to strength since they dropped this monster in June 2016, thanks in large part to the lead single from A/B, Way Down We Go. It’s hauntingly beautiful and stays with you long after its finished. Another highlight is the albums opening track, No Good, which is a rip roaring way for the band to say hello. It’s absolutely filthy, but oh so fantastic.

An absolute riot of an album.

It’s frankly ludicrous for a band to release a singles anthology that lasts for 77 bloody minutes, but The Cult are that good.

Prick up your ears for Rain and She Sells Sanctuary, which are definite stand outs. Rain batters against your eardrums with screaming guitars, while Sanctuary shifts the focus onto the drums. The song only contains a handful of lyrics, but one listen to the drum fill before the final chorus will make you understand why. Some songs speak for themselves.

This one has stayed with me because I still remember the first listen to this album.

I was sat in my Grandma’s lounge. Family have always played a part in the albums I’ve carried into adulthood. It didn’t take me long to learn why she loves these two. This album will make you cry, make you cheer and everything in-between.

The best albums tell stories, and ones told by this ’72 collection like The Boxer and Bridge Over Troubled Water will live for a very long time.

Mayer’s ego may be bigger than his stacked discography, but sadly it’s for a very good reason. The man is a modern musical artist, and doesn’t he know it.

But this album makes it okay, and here’s why.

Mayer played a one off sold out show in the Nokia Theatre in his home town of LA back in ’08, playing hits straight out of his strange little head to a sea of adoring fans.

It was an elegant affair, with Mayer and his touring band taking centre stage for almost three hours worth of jazz and blues. Indeed the sense of rhythm, melody and especially harmony on hits like Daughters, In Your Atmosphere and Gravity (which Johnny boy performs here with a full gospel choir) is absolutely stunning. A personal highlight is his incredible arrangement of Tom Petty’s Free Fallin’(RIP Tom we love you), which leaves me speechless every single time. Overalll Mayer offers a soaring and beautiful album which is perhaps the most intimate and honest thing he’s ever written.

And remember, all thats coming from the dude that wrote Your Body is a Wonderland. Damn smooth.

Twenty One Pilots needed something big to break onto the international scene. The rock duo had already amassed a huge following in the good old US of A, but Europe was a different beast. And with Vessel they knocked it out of the park.

Hits from this album introduced Tyler Joseph and Josh Dunn to the world. Joseph flip flops between sonorous masterclasses and rapping like a demon while Dunn channels the greats behind the kit. Copeland, Moon, Rich. The gang’s all here, and its as if they’re controlling Dunn’s arms and telling his brain what to do like the plot from a terrible 80s horror movie.

It is indeed a rip rollicking tour de force of an album. Migrane will make you think, Guns for Hands (bloody ridiculous song title) will make you groove, and my personal favourite here, Trees, will make you grit your teeth and maybe even shed a few tears, an entire spectrum of feelings is contained to 12 songs.

How many other bands can do that?

Put simply, check this one out. It’s remarkable.

Lets summarise the short lived story of Hole, shall we?

Love and Cobain were of course famously writing countless songs together before he died, and many of them would, in one way or another, make up the famous track list offered here. Heartbreak can often create strangely beautiful things, and Celebrity Skin is the epitome of that.

From the first second you can feel Love’s fury at society. Thats why it works, because its as relevant to hate the world today as it was back in ’98. To that end, honestly the album’s title track is, in a word, aggressive. Listening to it really puts you into her head. It’s as if someone took a confetti cannon, filled it with that typical 90s neon-soaked angst and rage and then fired it point blank into your face.

CAN YOU FEEL IT YET?

Don’t know what came over me there.

But then come back to earth and pair track one with the other clear stand out, Malibu. This song is effortlessly haunting and heartbreakingly beautiful. The listener is oblivious to what the lyrics warn them of running away from, but we somehow know we just need to listen to the warning. Perhaps this song was written for Kurt and he will tragically never know, but we’ll know and this song, indeed this album, will tear you apart and stay with you forever.

Oasis have been a part of my life for pretty much as long as I can remember.

We had them on perpetually when I was growing up, and I remember the first time my Dad introduced me to the standout song on this album full of standout songs, Champagne Supernova.

“Check out this tune!”

Plays Supernova in our living room

It’s incredible, yes, but there’s only one question I have when the song fades.

“But Dad, what even is a Champagne Supernova?”

One listen was all it took.

While the also classic Heathen Chemistry perhaps hit me more upon first impressions, as I’ve grown up my love for this album has positively skyrocketed. Although I still have a soft spot for Little By Little, one of the first songs I ever learned on guitar.

God these are the useless facts I know you want out of a musical countdown.

What’s The Story is special, though. It’s a special, perfectly Brit-Pop record. For me at least, songs like Some Might Say, She’s Electric and the aforementioned alcoholic death of a star have gotten me through some incredibly tough times. I look fondly back at the album now and remember nights in, up to my neck in GCSE revision with one of those terrible bedside lamps, which made it look like I was doing Algebra in Gollum’s cave. I’d whack on this record and all the stress would go away for a few glorious moments. It was almost fun to work stuff out with Noel Liam and the rest of the lads screaming down my earholes. It somehow made it okay.

Champagne Supernova, though, as you’ve probably guessed, is simply something else. Of course it lasts for seven minutes, but every second is captivating. Its an untouchable song, and an awesome album.

This one is simply the motherfucking king of debut albums.

Guns N Roses redefined sweet rock and roll with this album, and it was the first thing they ever released. Since it was released back in ’87 the album has rocked up (not sorry about the pun) 28 Million album sales. Numbers like that don’t lie. So here’s my take on one of the greatest rock albums of all time.

Standout one is the opening track, Welcome To The Jungle

This song, despite being track one, is a dark horse, but I don’t know how much that means when your album is made up of majestic stallions. Guns N Roses collectively smash down your defences and musically kick the shit out of you with outstanding guitar and pounding drums. But don’t worry its all executed so beautifully you’ll probably stand yourself up dust yourself off, say thank you and dive straight back in. Trust me you ain’t seen nothing yet.

We continue with Paradise City. Its safe to say that Axl Rose Slash and company do not pull punches. This is one of the greatest guitar performances of all time. GNR present a sprawling 6 minute journey into madness, and you’re gonna want to be along for the ride. Prick up your ears for the closing solo, which is Slash at his most powerful. Slash is a god among men. Won’t take you long to discover why.

The third, and final (but not final) standout is the immortal Sweet Child O Mine

I’m already playing air guitar just thinking about this one and you are too don’t even lie.

If you were to open a Guns N Roses art museum, in which different songs became famous paintings, then Sweet Child O Mine is the ceiling of the Cistene fucking Chapel. it’s that good. Its many things. What do you want? A story about love? Yep, its there. A Stadium Anthem for the ages? Yeah no worries. A Masterpiece? I damn well think so. In fact thats the perfect description for Appetite for Destruction. Its a flawless album, indeed the spirit of sex drugs rock and roll in a CD case.

Christ on a bike.

I’ve been rambling for EVER.