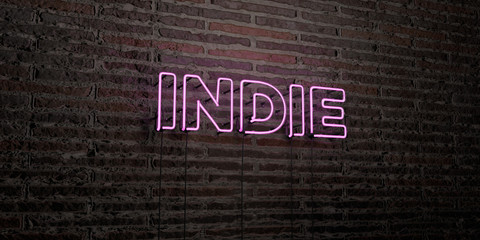 George Curnick reckons indie rock music is not helping itself.  Join in the debate and please argue the toss with us. Follow George Curnick @ Sound in Thought – BRAINWAVES ABOUT SOUNDWAVES

Have you ever been stood in a grotty venue somewhere on Tuesday night, a few pints deep in a crowd of 10-15 people thinking ‘if only this band existed ten years ago’? If you’re someone who enjoys an indie band you have most certainly experienced this mind wander before.

The band may be unbelievably talented, with some good grooves, a good singer and nice riffs but at the back of your head, you just know… It’s not gonna happen. Right now the UK indie scene has dug roots too far into itself and is refusing to evolve on from the stylings of the Turners’, Gallaghers’ and Doherty’s of ten years ago.

Let me say that it’s not rock music overall that is suffering, but specifically homegrown indie from the UK. New modern reinventions of other rock sub genre’s have exploded, punk has seen bands like Slaves and Idles bring a slightly alternative sound with a new message. Psychedelic has had a massive overhaul as well with the genre beginning to take a more electronic lo-fi vibe as teenagers begin to create DIY psych projects from their bedrooms; largely inspired by Tame Impala’s Kevin Parker who produces hit records from his house.

Other nations have seen some new evolutions in Indie seen in artists like Mac Demarco’s irresistible laid back charisma from the US. Australia gives us Skegss bringing a pop-punky feel-good vibe to the appealing clunkiness of an Indie act. In contrast, the UK seems to be lacking in providing new engaging artists leaving us with droning filler bands like Catfish and the Bottlemen or Pale Waves. (Examples found at the bottom)

I believe one reason in this could be the lack of passion seen from younger people towards keeping the scene going. Indie literally means to be independent which is how the music came to be, musicians who were passionate enough that they built a scene themselves off of their own backs.

London has now become a city where it is becoming increasingly hard to do that with musical acts that require multiple members. The gentrification of indie venues leads to having severely strict security (no sneaking in), drinks cost £4.90 but a card minimum of £5, so you have to buy two, and a band cutoff time of 11pm or sometimes even 10:30. To top it off you also have shady promoters who expect £10 to be a reasonable entry price. It’s all too safe and expensive so no wonder then a younger person has no interest in seeking this type of night out. Instead, they can pull up to a house party with someone DJ’ing into the early hours, or a punk outfit will start breaking windows and say sod the noise complaints (Indie kids are too nice to upset the neighbours).

With no sense of rebellion left in the genre, teenagers look to other movements for something new to call theirs. This leaves the subculture stagnating behind with bands who just want to imitate their heroes, not challenge them.