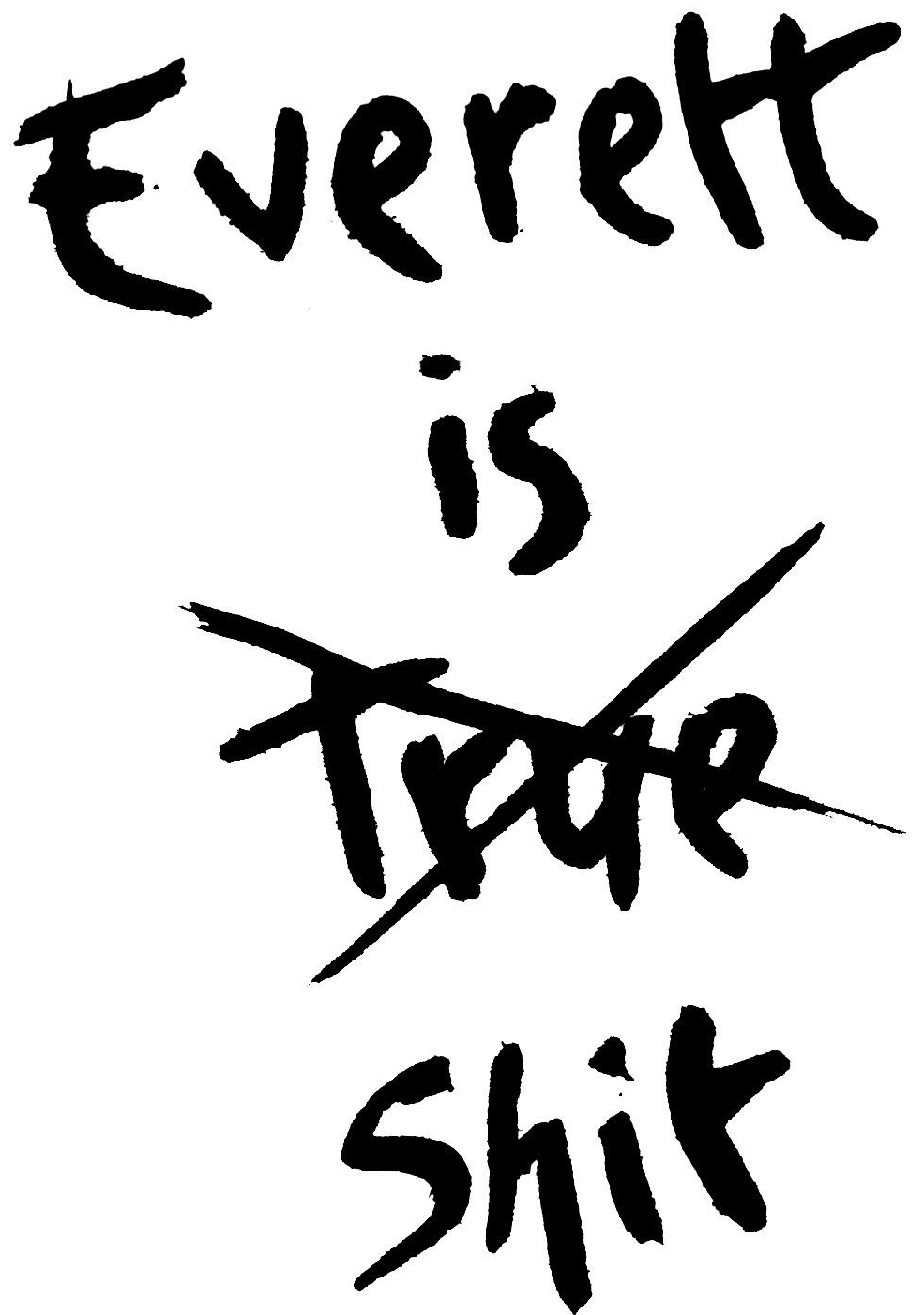 Ed Sheeran Is Shit And Other Major Musical Malfunctions, Everett True’s latest book, mainly explores various artists who, in his opinion, are quite frankly shit. In light of this, we decided to ask him a few crucial questions of our own.

How would you say Ed Sheeran has positively influenced your life?
(gulp) “Ed Sheeran has positively influenced my life because he is a favourite singer of my six-year old daughter Lauren, and every time I see Lauren listening to him her face lights up. She starts beaming all over and dancing, and it’s just wonderful. It makes me very happy that Ed Sheeran makes my daughter so happy and for that I would like to thank him.”

Top three Ed Sheeran tracks:
“‘The Shape Of You’. I don’t know the names of any other ones. Actually I do, but to call them top would be a gross misuse of language. There was that one about the Galway girl which was okay [“not even vaguely OK”, surely? See me after class about misquoting interview subjects – Ed]. I appreciate that to Ed Sheeran the Irish are leprechauns and fairy rings but to me they are living, breathing people. I’m still waiting for the follow-up single about the tanks and the bombs.”

Fuck-Marry-Kill: Ed Sheeran, Father John Misty and The Chainsmokers
“I wouldn’t. The whole concept is deeply rooted in misogyny.”

Compare the English and Australian music scene:
“A little sweeping, perhaps. The Aussies know how to rock, and some of the English do too. I dunno, there’s less attention in Australia which means artists are more able to develop their own kind of thing. And there are less places to play so people have to be more imaginative about where they put on their shows. I’ve always had quite a strong sense of an underground music scene existing in Australia.I’m sure there’s one in England, but I don’t have the same sense. That’s probably because I’m old and out of touch, though. There’s a freshness to a lot of Australian music that there isn’t to some English music; you can’t fake naivety. “

One Direction: split or together?
(long time spent pondering on this) “I think that question answers itself. If you’re defining them as One Direction then they’re better together. Also, there’s considerably more scope for really scary composite fan photographs of people when they’re in a band.”

Are you sick of people asking you about Nirvana yet?
(rolls eyes) “Actually, it depends what the question is. There’s one question I get above all others is pretty much unanswerable: What was he really like? I don’t mind the do you think he was murdered? question because I just think that’s hilarious.”

“I don’t believe in guilty pleasures, if you like someone you like them. I’m fair-minded, if Radiohead put out a good song I’m gonna be there front and centre telling people how much I like it. Hasn’t happened yet… I tend to like individual songs, say Coldplay. I’ve noticed when children sing their songs they sound great. If you just take away the singer, the bass, the guitar, the drums, the production, the mix, and everything else that helps define Coldplay then they sound fine. But maybe it would be better to take the song away too.

“It’ s a weird question because I don’t actually want anybody to be shit. Food! I can tell you about food. I wish I loved plain rice. Because then I could eat really cheaply the whole time. You know what I mean? Lentils! And it’d be healthy for me as well.

“I’m hoping the new Mamma Mia  film won’t be as shit as the first one, because I’m a big fan of ABBA, but I have a feeling it’s gonna be bad. I’d love Meryl Streep not to be shit…

“But OK, I’m putting off my answer. Nirvana, because it’d be so much cooler if I could say I didn’t like them. Beyoncé. Because I think it’s a little bit unhealthy, my obsession with her. And, if I’m being honest, The Rolling Stones. I’ve long had arguments with people about them, but when you go back and listen to some of their early singles (not the covers), they’re really quite good.”