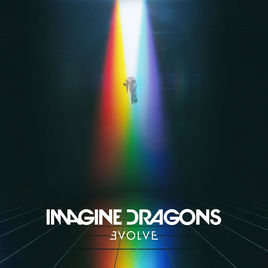 I’m sat here in reception at ACM London, cover for students needing help with their resit in Audio Cultures. There’s music – after a sorts – playing out through the speakers, a genial gentle cross between pop and EDM that many of you will be familiar with: incremental time and chord changes, ethereal vocals (if they exist) way down in the mix, a constant pulse, shimmering instrumentation (be it guitars or be it keyboards). It could be Imagine Dragons (probably not – no vocals), it might be… anyone. Hell, I ain’t no expert. I don’t use no double negatives. I can’t be bothered to find out either: the music isn’t designed to be remembered or mulled over but helps fill a space and to warm the room. Comedown music with a big parachute floating on us, chill, relax. Now there is something like water noises on top of the synthetic melody. The opposite of offensive. In another world this would be choirboys’ voices soaring among the rafters, whale song. Relax, breathe. No need to feel upset.

On Saturday, me and Isaac disassembled an Imagine Dragons song. He wanted to create music with me, and so he found the piano score so I could play it – there was no real need, it was easy enough to work out, even the key. Isaac sang (his voice has not broken) and I bashed the keys, although I tried not to bash them too clumsily. We managed to approximate a feel for the song within 15 minutes. It was clumsy of course, and partway improvised and out-of-time, although Isaac’s voice is incredible in its purity and openness – but isn’t the act of  creation in itself more beautiful than listening to music ever can be? It did occur to me that I have may have missed a fundamental to this particular style of music, perfection (certainly, nothing that jars) – but hell we were never going to approximate that. Also, different interpretations open up new vistas. I have long believed that a cover on piano, recorded intimately and personal holds far more worth  to the individuals attempting the version than an original can hope to. If me and Isaac were to record Coldplay songs together their function and role would change and hence their value.

We also recorded several Tom Waits songs as duets with clumsy piano backing. If anyone wants to hear any of this, let me know. I’ll need to check with Isaac first.