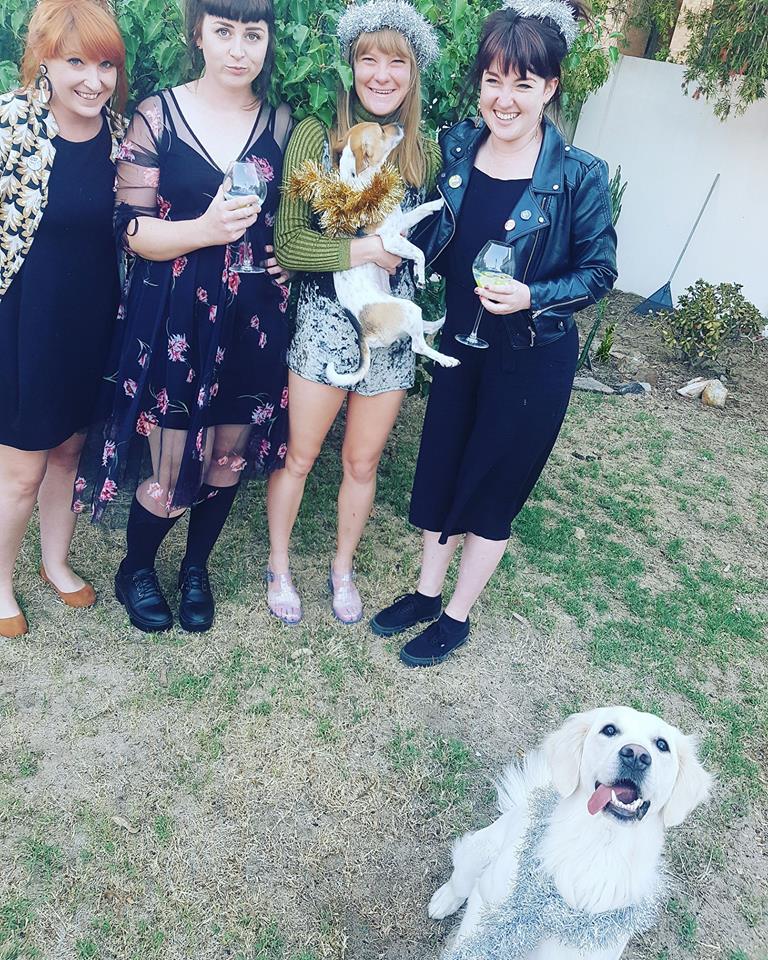 Or, as the Urban Dictionary has it:

From the Saturday Night Live character Debbie Downer, played by Rachel Dratch Function: Noun 1. a: a person who says something terribly depressing (a downer), typically only tangentially related to the present circumstance or topic of conversation, and thereby destroys the positive atmosphere.

(I’d kind of guessed that from the name.)

Anyway, the music ain’t like that. No way. Too excitable, too full of yelps and squeals and odd-angled guitar runs and songs professing undying crushes on David Attenborough, and so forth. From Western Australia which might explain the way these four ladies (all with names like Scrambled Mags) seem to exist in a time capsule all their own. To wit, it’s 1979 and I’m an acne-scarred teen hitching a 20p ride across London on the underground to Ladbroke Grove to pick up the new paper-sleeved single from Zurich punk oddities, the ladies Kleenex. Pretty much nothing sounded like them then though quite a bit has since…

Not like the 2018 band themselves aren’t aware of the connection – this following description nails it so completely I fear for my craft. Petticoats is dead on, too – and nice to see a Kath & Kim reference thrown in at the end.

HSR027: Perth’s Debbie Downers have been around for a year or so, playing what sometimes seems to be every other week! (We are all blessed) And now we finally have their debut release. 6 tracks of short, fast and choppy DIY punk following a similar route to bands such as Kleenex/Liliput and the Petticoats (whilst adding their own tizzy flare! Complete with some tongue rolls, cow bell, tambourine, and the beaut toot!). The Debbies offer a chic-tongue-in-cheek-critique on impractical women’s fashun, tedious married life, and the inevitability of dying a spinster. However, they also luv to celebrate the finer things in life such as hunk ‘a’ spunk documentarians, a hearty panic, and living like a skort-wearing woman should. It’s nice, it’s different, it’s unewwsuel!

I have no idea what separates this from the Australian Go-Betweens or From The Jam but maybe it’s the simple truth that no one in their right mind is going to form a Kleenex covers band not when you can write your own glorious clatter of confusion and excitement in three minutes flat and still have enough left over to cartwheel down the pier in Freemantle.

There ain’t no fucking way I can resist this even if I wanted to.