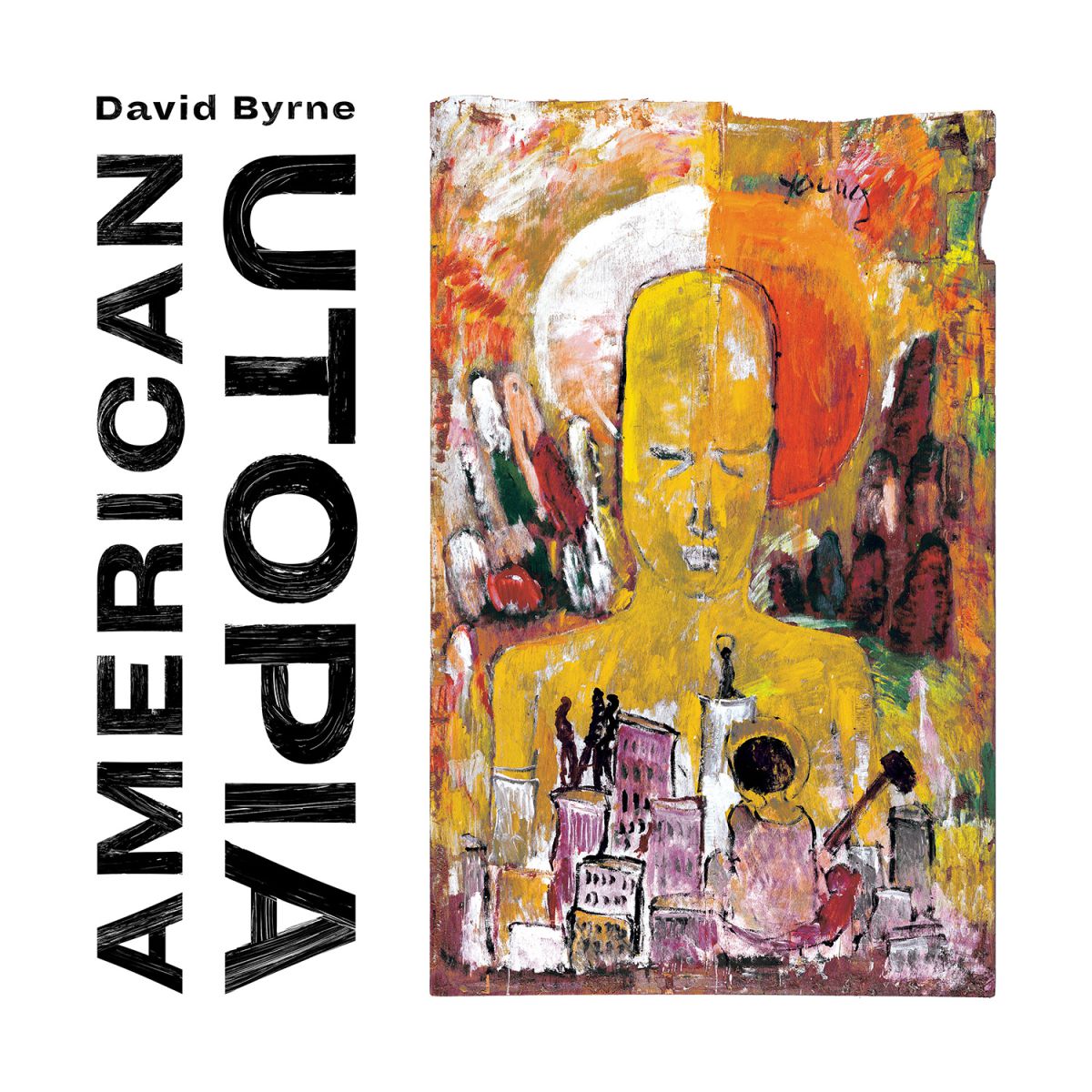 David Byrne is an original: from his first band, Talking Heads to his recent work with Fatboy Slim and St Vincent – he’s an original, and his work is a grower. Personally, it always takes me a few listens to “get it.” I remember hearing him for the first time on Talking Heads ’77, not sure if I liked it or not, yet still drawn back by the jerky guitars, the thick bass, and trying to decipher the vocals. By the fifth listen, I was a huge fan. American Utopia is no different, the more I listen the more I like.

American Utopia is the first fully solo Byrne album since 2004 and the first release of his Reasons To Be Cheerful multimedia project, aimed at spreading positivity and optimism (like an anti-Morrissey) in a time when, more than ever, it’s desperately needed. Byrne compels you to not give a shit, to seize every day, though in his typically cryptic (sometimes too cryptic) way.

Opener ‘I Dance Like This’ stands as the best ballad on the album, featuring Byrne crooning over relaxing piano, a freaky 1980s style robo-dance chorus and lyrics encouraging you to dance like no one’s watching, no matter how crap you are. ‘Gasoline And Dirty Sheets’ is another early highlight with its atmospheric synth-play.

‘Every Day Is A Miracle’ is a bit less subtle in its sentiments. I found this song too cheesy and a bit on the nose first couple listens but damn has it won me over, to the point where it’s one of my favourites. I’ll put it down to the incredibly uplifting, Caribbean-inspired chorus, as opposed to the confusing lyrics about “the dick of a donkey/a pig in a blanket”.

It’s shame that after such a strong opening American Utopia really starts to dip, there’s a  bit of filler here. ‘Dog’s Mind’ sucks. Is it political? Is it calling humankind dogs? Am I supposed to be jealous of man’s best friend? Can anyone tell me? ‘It’s Not Dark Up Here’ is pretty good, got some understated funky guitar, but it does drag on a bit. [Try listening to it another four times – cheeky Ed]

If you’re already into Byrne, give this a listen. If not, go listen to Talking Heads instead.

Thank God the album finishes strong, ‘Doing the Right Thing’ has a gorgeous Radiohead-like chord progression. Lead single ‘Everybody’s Coming To My House’ is a standout with its irresistible funk and post-punk horns, while the bridge features one of the best lyrics on the album “We’re only tourists in this life/Only tourists but the view is nice”. ‘Here’ finishes the album off in the afrobeat-inspired style that Byrne has so often flirted with throughout his career.

All in all, American Utopia is pretty good, bit too much filler, bit ballad heavy, but bearing all the standards of a David Byrne release – worldwide influences, great production (Brian Eno assisted) and fucking weird lyrics.

If you’re already into Byrne, give this a listen. If not, go listen to Talking Heads instead.