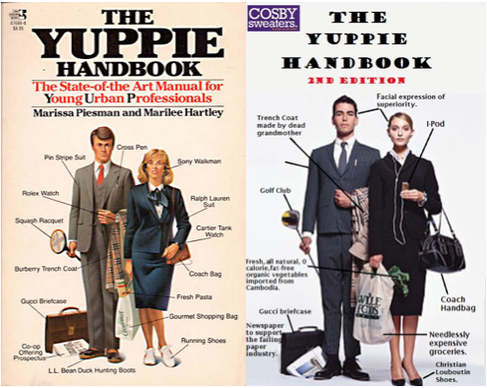 London’s live music scene is under attack. Who by you ask? Terrorists? Anthrax? Even worse – Yuppies.

Picture it, Bryce the entry-level banker-wanker on £40,000+ a year decides to find a flat with his awful Instagram blogger girlfriend Zara because the one mummy and daddy bought for him to live is in an area that is ‘terribly gauche’. The pretentious pair of halfwits find a ‘darling little place’ just off Chalk Farm Road and with Bryce’s parents covering the deposit with their yearly bonuses, they move in. However, their idyllic plan of summer balcony ‘get-togethers’ (because parties are sooo pedestrian) is about to be tainted by something THAT CAME OUT OF NOWHERE.

Despite Chalk Farm Road being a long-existing and well-known stretch of bars, clubs and music venues, somehow the concept of even a little noise from said venues has only just dawned on this duo of dullards.

Bryce daaahling, the hubbub from that poxy little rock venue down the street is forcing me to turn my new white-noise machine up 3 whole notches! If you don’t fix this I will be staying in mother’s summer condo in Miami, and you can forget about that thing you asked me to do last night with the pearls.

Bryce is in a quandary. He’s never had to fix an issue that can’t be fixed with either money or the limited nonsense he was taught in private school, and he really wants that thing with the pearls. He resorts to his usual response in situations like this, and calls up daddy.

Daddy, Zara and I are having a terrible time in this new flat, there’s a scummy little rock-and-roll music venue down the street that is producing a terrible noise two nights a week and Zara can’t concentrate on her daily duck-face Instagram posts! What do I do?

Daddy explains that he has friends on the local council through his business dealings, and happens to know the fathers of two other pairs of yuppie tits in neighbouring flats. He tells Bryce to complain to the council about the noise, and encourage the aforementioned tits to do the same. They complain often about the injustice of it all, while daddy leans on his council connections. The council are required to send someone over, multiple times, with a decibel meter to check noise created by this venue and harass the owner. They posture, they threaten. The owner tries to comply, and tells his staff to ensure volume is reduced, but it’s rock music, and it would never be enough for Bryce and his fellow tits anyway.

The venue’s license comes up for review, and they have a list of complaints and black marks associated with their name. Daddy sends someone round his council bitches’ homes, either with a envelope or a thinly-veiled threat. During this process, the venue owner begs the council, attempting to explain how they never had any complaints before and highlighting his multiple attempts at compliance. His staff and regulars may even rally a small group of locals together in a show of support for a business that does so much for the community and the arts.

Surprise surprise, the venue’s license is not renewed and without a license the venue is forced to either turn into a completely different business or sell out to a gentrified tea cosy store, or another branch of Chicken Cottage. [Nothing wrong with that – Ed] Another venue dies at the hands of the yuppie horde, and everyone that isn’t part of said horde suffers.

Now this may be a little dramatised perhaps; it is often the developers of these yuppie flats that complain, believing the venue will hurt their chances of selling their brand new £1.3 million one-bedroom flats, who obviously have a larger hand when dealing with councils. The concept is the same however, and London’s music venues that aren’t pretentious cocktail bars or clubs that play solely the worst kind of chart R&B house cannot be either continually pushed further and further outside the city, or snuffed out entirely.

Now have a look at this article about Warners, and see that it isn’t just venues now but studios run by major labels. This problem isn’t getting better, it’s magnifying into a full-on attack on the industry by developers and their awful, awful customers.

The mayor has appointed a Night Czar, an American if you can believe it, who will obviously be very clued into this problem that spans decades in a culture mixed in ways she has never seen. Perhaps she will save the industry, both live and recorded, from being gentrified out of London. Perhaps not. If she fails, the UK will indeed have no-go areas as first told to us by the POTUS, not due to terrorism or anthrax, but due to impossibly high levels of yuppie twats with their heads so far up their own arses that they can’t see a dying city through their intestines.

2 thoughts on “What An Industry — The Yuppie Conundrum”