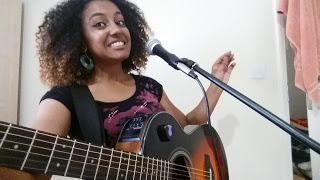 I’ve spent most of my life hearing nearly every Tom, Dick and Harriet tell me that music is not a viable career option and that it won’t get me anywhere in life. For some reason – maybe because I’m now 20, not 14, and go to a top music school – the tables have shifted. Now the person doubting myself and wondering if I should go to Law School instead (never!) is me.

Musicians are under-appreciated. Since the beginning of time musicians have been there to entertain the masses. Those of royalty had their private musical performers. We’re just ‘there’, the people in the background that evoke emotions in others. You pass us by everyday; busking on the street, our music playing on the radio; in a shop, on YouTube, on TV, in a movie or TV show. 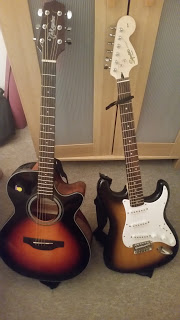 A few of us are lucky to make millions from what we do. Many still manage to make some sort of comfortable income. Lots of people in the music industry – songwriters, producers, managers, promoters – are unknown to the public but are some of the wealthiest people in the business. A hit song you wrote can keep you fed for the rest of your life.

People think entertainers – footballers, musicians, writers, actors – have it so easy. Kicking a ball around, jumping up and down on stage, sitting in front of a computer all day – what an easy life! Lucky you don’t have to do a REAL job! (People who say shit like that are the reason I’m scared of going to prison). When I was aged 17-19, I used to busk in London, where I grew up. I would take the bus, or sometimes walk if buses weren’t running, to Hackney Central station (15 min bus ride from where I lived; half an hour to walk). I’d have all my equipment – guitar, little amp, mic, mic-stand – with me, trying not to bash into people. Then after an hour or two playing and having people clapping and giving me money, I’d take the long haul back home. (I can’t drive and cabs are ridiculously priced in London.) 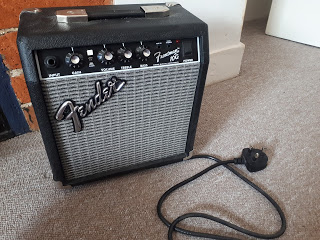 Musicians have to haul their equipment back and forth to and from gigs. Amps, guitars, drum kits, keyboards. A guy I did a gig with the other day nearly had to bring his kit to the gig cos he wasn’t sure if there was one provided. He bought new tom skins and everything, and was working out how he’d get it over. Luckily his parents have a people carrier; I don’t think anyone would be nuts enough to carry a drum kit around on a bus.

It’s a tiring profession. Singers have to maintain physical health at all times; tiredness, a hangover, or a cold all affect the voice. Instrumentalists have it a bit easier – they can show up to a gig or recording session stinking of booze and cigarettes and play to the best of their ability. When I was drinking, the thing that really scared me was ‘what if it fucks up my voice?’ I had a permanent cough because my throat was always dry from booze. It’s ironic really; musicians take drugs to cope with the rough-and-tumble of the life, yet the drugs kill them and damage their profession. 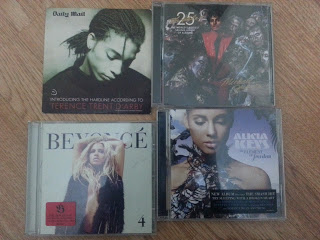 Then there’s all the little day-to-day stuff. The other day I was recording at uni for one of my assignments. I’m not the best when it comes to production, and ended up bursting into tears and crying all over one of the lovely technicians that works there. She got someone to help me, thankfully. All I wanted was to record guitar and vocals, a seemingly easy task, but then the keyboard didn’t work, the click on the track wouldn’t stop, the pop-shield wouldn’t stay on and the mic-stand kept slipping down…moan moan moan.

I’m not a huge fan of recording, because of all the technical difficulties and the painstaking patience needed. I like playing live, whether it’s at a gig or on the street. I can make mistakes, be charismatic and jolly, and jump around. Recording is lonely. I actually find music to be quite lonely; after playing I often feel empty, like the buzz is all gone. It really just feels like me and my songs. It’s been that way for a long time, since I was 11/12. Even now; this post is written like I’m some sort of professional but I’m not really, I’m still a kid who barely knows what she’s doing. Things are changing; playing songs with other musicians, having trial and errors regarding backing bands; all that stuff has been forming since I’ve been at ACM. I just think I have a long way to go and a lot to learn. It’s a tough career path, but then isn’t everything? There’s nothing else (besides writing, which goes hand in hand) that I have much interest in pursuing.